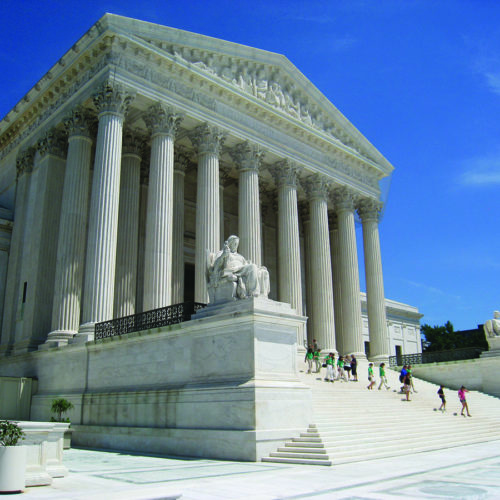 We filed two briefs on these cases.  In the first brief we asked for review of the Ninth Circuit’s upholding of California’s law mandating pro-life pregnancy centers to advertise abortion services by the state. We argued that because uniformity of the rules of decision making is critical, not only to the rule of law, but also to the public perception of the evenhandedness of the judiciary in reviewing regulation concerning abortion. The Supreme Court should take this opportunity to set out the applicable standards. After the Supreme Court granted one of the petitions, together with the National Association of Evangelicals, Concerned Women for America, the Ethics & Religious Liberty Commission of the Southern Baptist Commission, and Samaritan’s Purse we argued that the Court should apply a “strict scrutiny” standard of review when deciding whether California’s requirements are permissible under the Constitution.  Under a strict scrutiny standard, we argued that the California requirements violate the U.S. Constitution and that the lower court decisions should be reversed.