Resolutions of the Stamp Act Congress

The members of this congress, sincerely devoted, with the warmest sentiments of affection and duty to his majesty’s person and government, inviolably attached to the present happy establishment of the protestant succession, and with minds deeply impressed by a sense of the present and impending misfortunes of the British colonies on this continent; having considered as maturely as time would permit, the circumstances of said colonies, esteem it our indispensable duty to make the following declarations, of our humble opinions, respecting the most essential rights and liberties of the colonists, and of the grievances under which they labor, by reason of several late acts of parliament.

1st. That his majesty’s subjects in these colonies, owe the same allegiance to the crown of Great Britain, that is owing from his subjects born within the realm, and all due subordination to that august body, the parliament of Great Britain.

2d. That his majesty’s liege subjects in these colonies are entitled to all the inherent rights and privileges of his natural born subjects within the kingdom of Great Britain,

3d. That it is inseparably essential to the freedom of a people, and the undoubted rights of Englishmen, that no taxes should be imposed on them, but with their own consent, given personally, or by their representatives.

4th. That the people of these colonies are not, and from their local circumstances, cannot be represented in the house of commons in Great Britain.

5th. That the only representatives of the people of these colonies, are persons chosen therein by themselves; and that no taxes ever have been, or can be constitutionally imposed on them, but by their respective legislatures.

6th. That all supplies to the crown, being free gifts of the people, it is unreasonable and inconsistent with the principles and spirit of the British constitution, for the people of Great Britain to grant to his majesty the property of the colonists.

7th. That trial by jury is the inherent and invaluable right of every British subject in these colonies.

8th. That the late act of parliament entitled, an act for granting and applying certain stamp duties, and other duties in the British colonies and plantations in America, &c., by imposing taxes on the inhabitants of these colonies, and the said act, and several other acts, by extending the jurisdiction of the courts of admiralty beyond its ancient limits, have a manifest tendency to subvert the rights and liberties of the colonists.

9th. That the duties imposed by several late acts of parliament, from the peculiar circumstances of these colonies, will be extremely buthensome and grievous, and from the scarcity of specie, the payment of them absolutely impracticable.

10th. That as the profits of the trade of these colonies ultimately centre in Great Britain, to pay for the manufactures which they are obliged to take from thence, they eventually contribute very largely to all supplies granted there to the crown.

11th. That the restrictions imposed by several late acts of parliament, on the trade of these colonies, will render them unable to purchase the manufactures of Great Britain.

12th. That the increase, prosperity, and happiness of these colonies, depend on the full and free enjoyment of their rights and liberties, and an intercourse, with Great Britain, mutually affectionate and advantageous.

13th. That it is the right of the British subjects in these colonies, to petition the king or either house of parliament.

Lastly, That it is the indispensable duty of these colonies to the best of sovereigns, to the mother country, and to themselves, to endeavor, by a loyal and dutiful address to his majesty, and humble application to both houses of parliament, to procure the repeal of the act for granting and applying certain stamp duties, of all clauses of any other acts of parliament, whereby the jurisdiction of the admiralty is extended as aforesaid, and of the other late acts for the restriction of the American commerce. 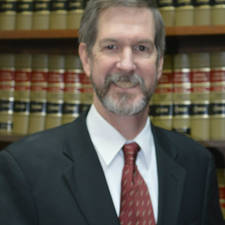