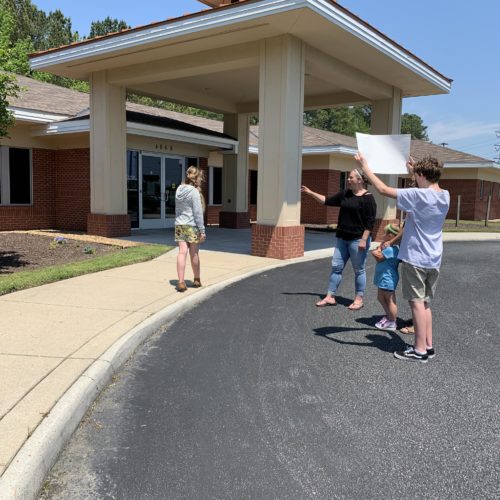 The target of Pittsburgh’s ordinance is pro-life speech and assembly, and the city has enforced it—not at all healthcare clinics in the city as the ordinance on its face suggests—but only at the city’s two abortion clinics, where it has painted an arc with a 15-foot radius on the sidewalk and even the road. This targeted, content-based restriction is unconstitutional both on its face and as applied

We filed two briefs in this case.  We filed the first brief in the U.S. Court of Appeals for the Third Circuit.  The case had already been at the Third Circuit once before and that court had sent the case back to the trial court with instructions to consider several Supreme Court precedents.  Our brief argued that the trial court used convoluted logic to avoid ruling in favor of the pro-life advocates.  The Third Circuit issued an opinion that was a partial victory for both sides.  But since the pro-life advocates still lost on some of their arguments, they have asked the U.S, Supreme Court to take the case.  We filed our second brief in support of that request.  We argued free speech still qualifies as speech when it involves abortion. The same holds true for the freedoms of assembly and the exercise of religion. All these fundamental freedoms are being practiced by the Petitioners. The fact that what motivates them to exercise these “First Freedoms” happens to be one of the most controversial issues of our day does not give Petitioners any less constitutional protection.