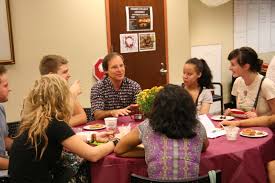 Unfortunately, on our country’s campuses today, free speech is often repressed. Many universities have generated official policies proscribing “hate speech” and other unpopular views, trying to keep them off limits. While the courts often strike down such speech codes of public universities, the students from Arkansas State University lost their case in the Federal District Court. They have appealed to the Eighth Circuit Court of Appeals to seek victory for their First Amendment rights.

The National Legal Foundation, along with Young Americans for Liberty and Pacific Justice Institute, filed this brief at the Eighth Circuit Court of Appeals. We argued the importance of public university officials being held to a high bar of protecting those exercising their rights of speech, religion, and assembly. While the Supreme Court has granted immunity to protect public officials when they act reasonably, what is reasonable must be viewed in context. Much of the Supreme Court’s immunity law deals with police actions requiring split-second decisions about potentially criminal activity. That is a world apart from high-level university officials drafting and reviewing policies. What might be reasonable in a police context does not readily translate to the drafting and approval of university free speech policies.